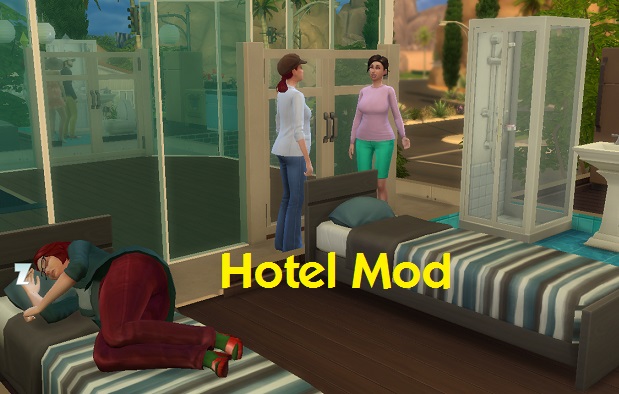 Have you ever wanted Hotels in The Sims 4?
Well now you can! With my Hotel Mod, your sims can finally move into their own hotel!

This adds a new Hotel venue, which sims can live on. It also invites 6 sims to act as the guests of the hotel. There are also four sims acting as the hotel staff, one manning the front desk, one for cooking the food, one for repairing objects, and one for cleaning them.

I strongly advise you to download Scumbumbo’s door locking mod so the hotel’s guests don’t constantly barge into your room.
If you want some more hotels for your sims, search on the gallery by selecting the Hotel Lot type. I’ve put up the first hotel named “The Awesome Hotel”, but you have to check Include Custom Content in the settings.

If you had the previous “Apartment Mod” this is a more refined version of that and you have to remove that to make this mod work. 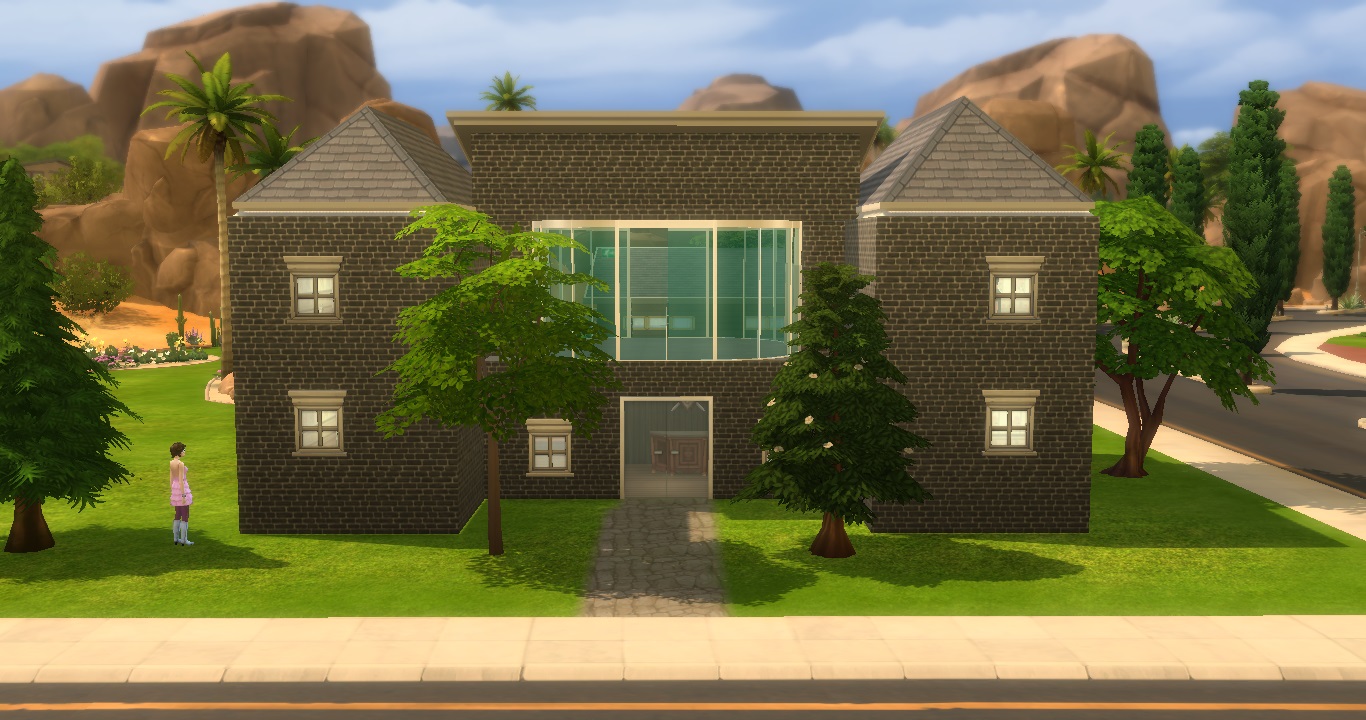 The Front Desk : “THE Front Desk” from Get To Work modified to work as a hotel-y desk for your hotels. Requires Get To Work.

BUGS/ KNOWN ISSUES
Sims will have to pay the full price of the hotel to move in. As I said above, as a workaround, just use the cheat “freerealestate on” to move in for free, and just deduct the price you want. using the “money” cheat.
Sims will constantly barge into each others guest rooms, this can’t be fixed as the game currently has no coding for a sim to prefer their room instead of others.

Two people have been reporting that this causes an infinite loading screen. I am trying to track down the problem.

Installation
Drag and drop both of the files to your mods folder.  If you have Zerbu’s get to school mod, remove the duplicate Venue List mod before starting the game.

Meet what keeps a hotel running

Guests
If there were no guests, there would be no hotels. Guests are any sim that is homeless and isn’t busy. There are always 6 of them in the hotel.Cooks
Cooks provide food for your hotel guests, they arrive at times when sims usually eat. You need a kitchen for them to work.

Front Desk People
Front Desk People are just that, they simulate the front desk seen in hotels, in the code, it states that they are always there 24/7.
You need a desk with a computer for them to work.

Handymen/women
They repair the broken things of the hotel. They always arrive at 10 am everyday.

Room Service
They clean the mess sims make, they act exactly the same as maids because that’s where I took the code from.

Compatibility
Made with version 1.8.61

Ideas for the future
Make the player the landlord.
Make the front desk for checking in.
Disallow napping on benches and beds on hotels
Apartments.
Hotels are rentable! (Requires Outdoor Retreat, which I don’t have yet, so this may take a while)
Future Releases (In testing)

For those who can’t get the mod working in Newcrest, remove the old Venue List Mod and replace
it with Zerbu – Venue List Mod. If you already have one,
delete it and put his updated version in.
How to get cheaper bills for your hotel
For cheaper bills for your hotel, buy the added “Hotel” trait in the rewards store,
which gives your sim a 55 percent discount on bills. Technically,
you could also use it without living in an apartment to make your bills cheaper, but that’s cheating.
V1.2 and above is compatible with Get To School!

Lot Requirements
A desk with a computer
Rooms for 6 sims
A kitchen and dining table for the cooks. 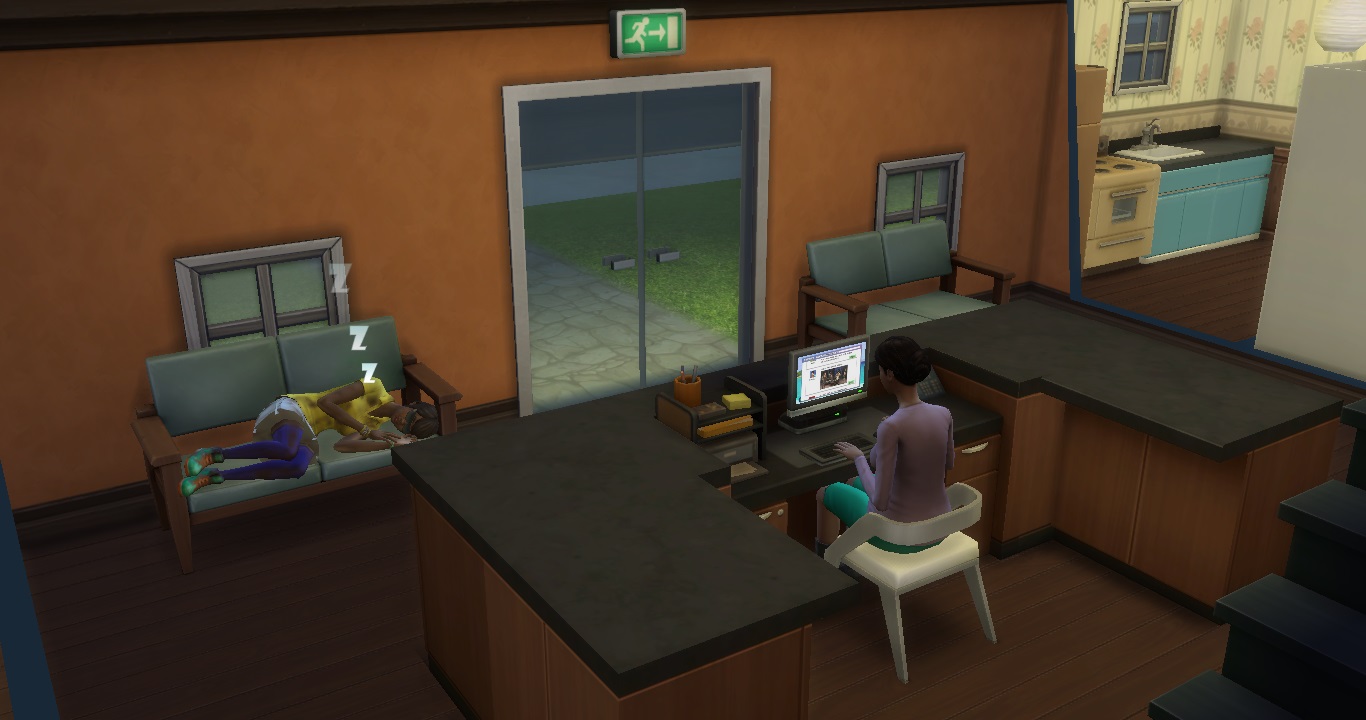 Additional Credits:
Zerbu’s Mod Workshop for making my life easier
Zerbu again for making our mods compatible.
S4pe
Tons of programs I used for this mod
jeangraff30 for creating a venue mod, which I looked into when I couldn’t figure out where I went wrong.
Scumbumbo for trying to help out with making the lots cheaper, even if it failed, because EA decided to not store them in python or xml.